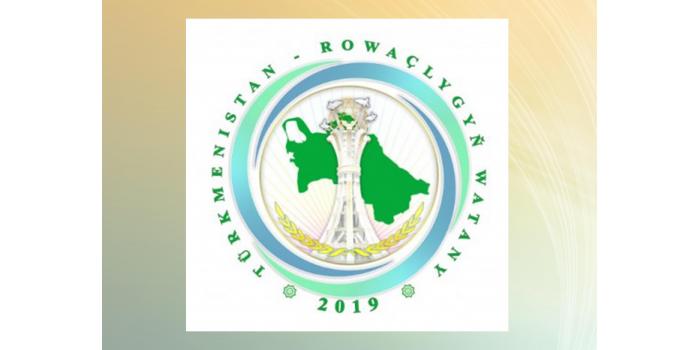 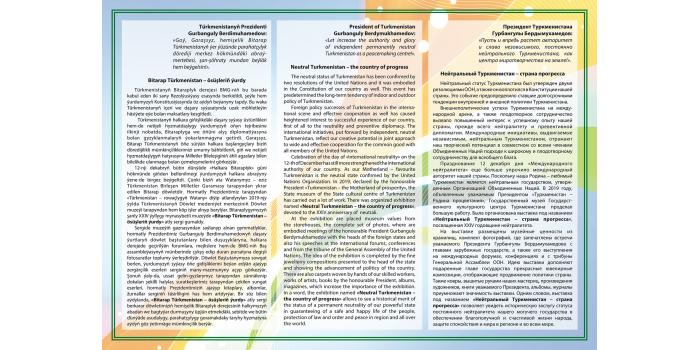 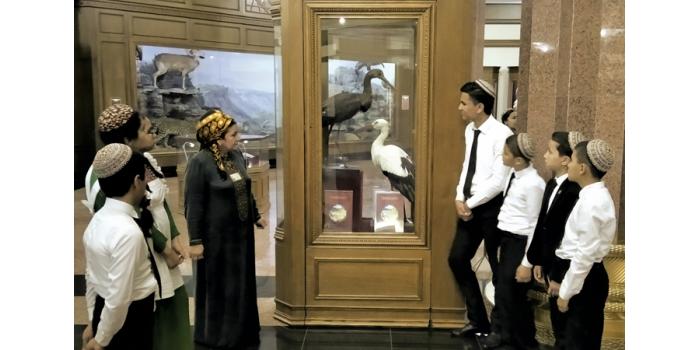 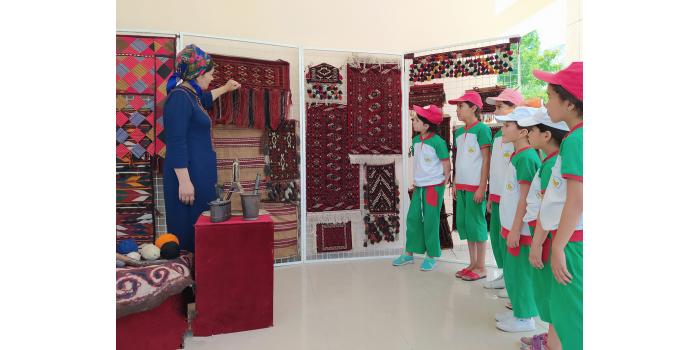 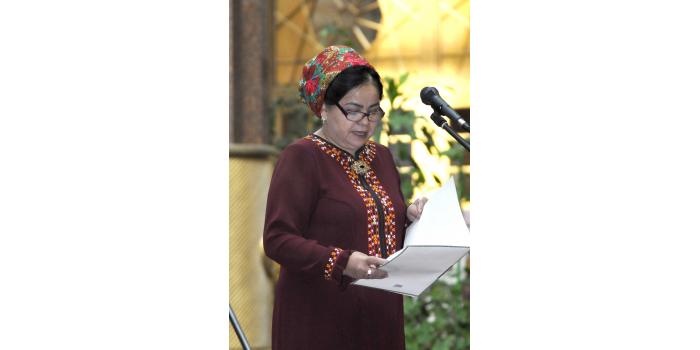 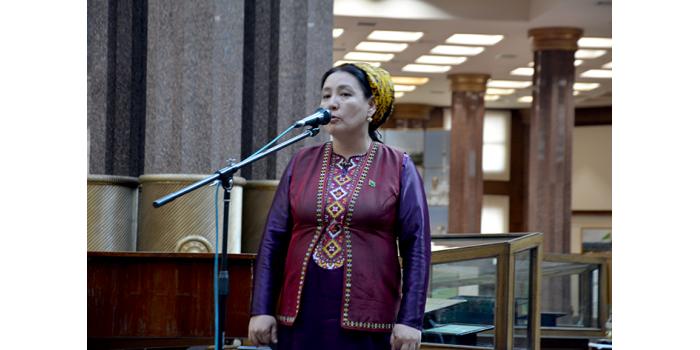 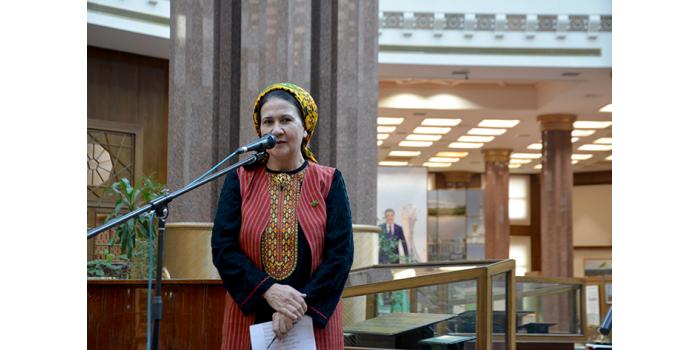 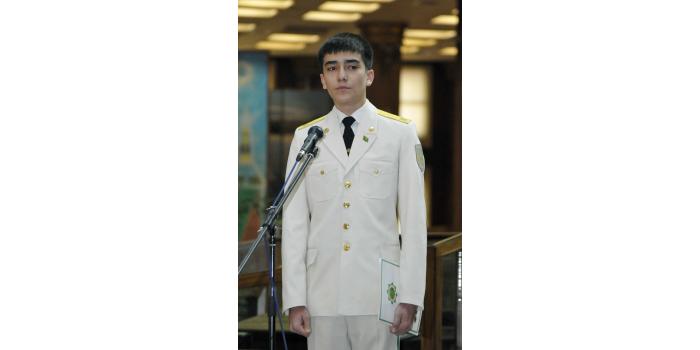 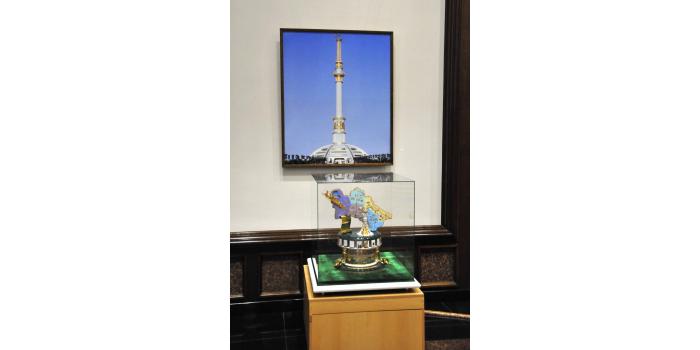 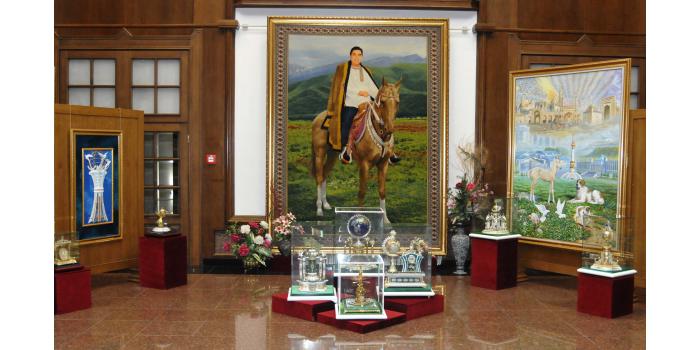 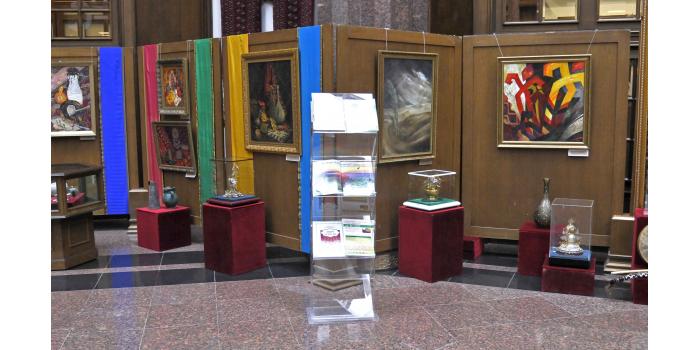 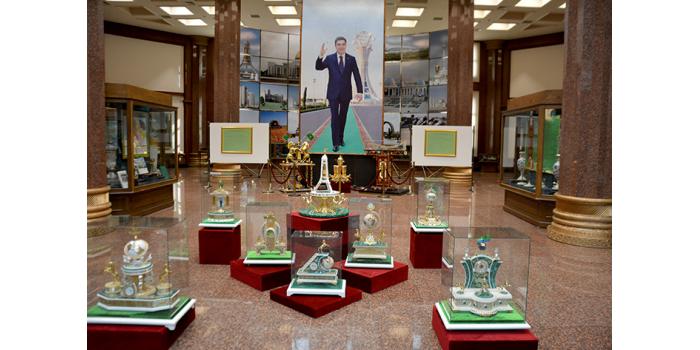 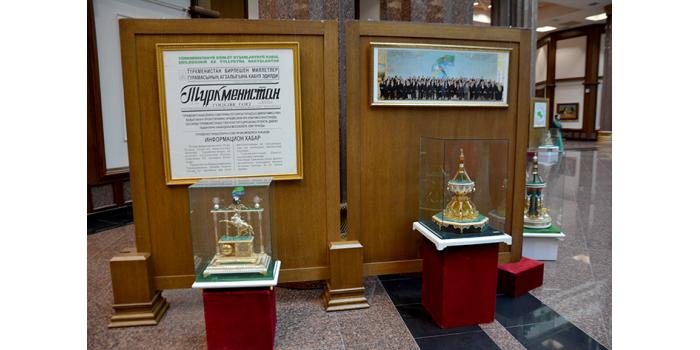 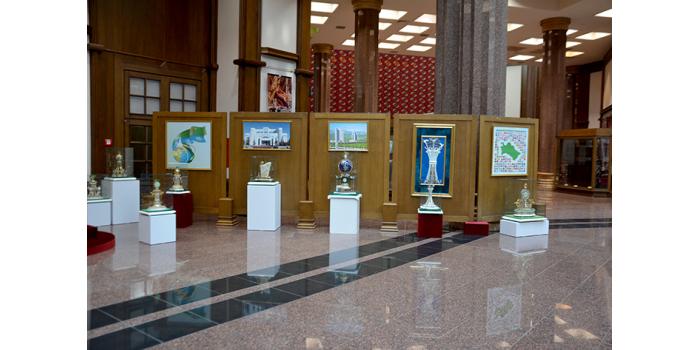 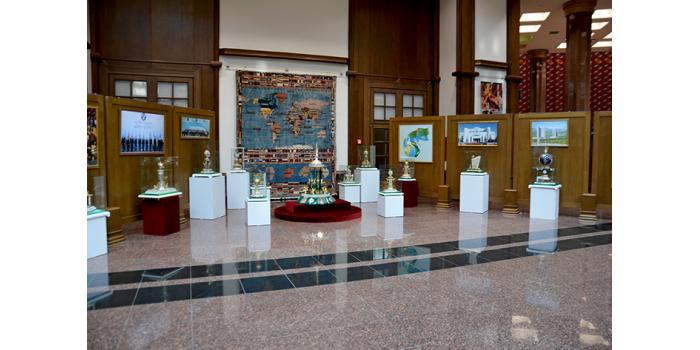 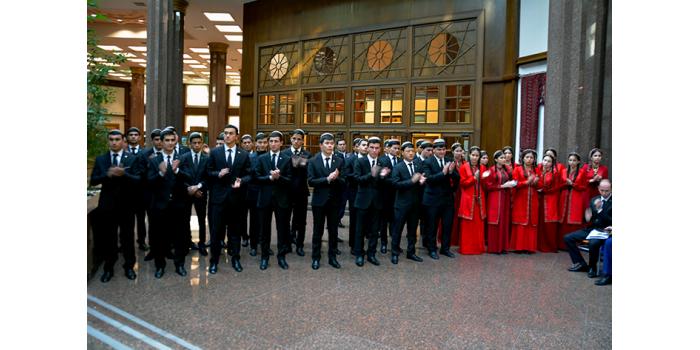 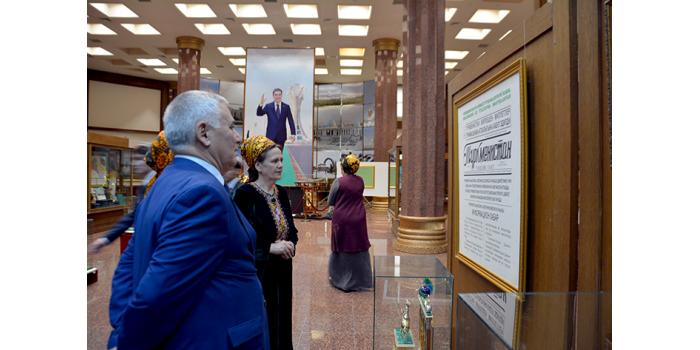 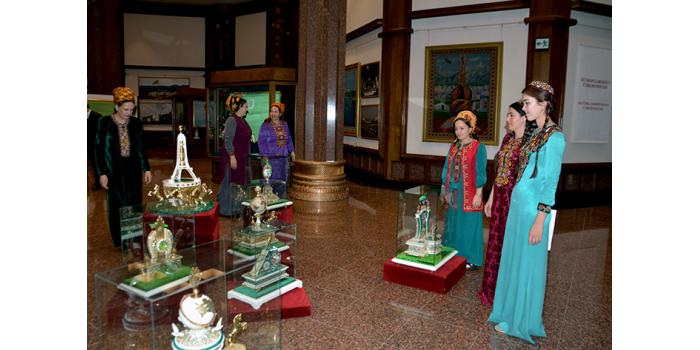 Neutral Turkmenistan – the country of progress

At the exhibition are placed museum values from the storehouses, the complete set of photos, where are embodied meetings of the honorable President Gurbanguly Berdymukhamedov with the heads of the foreign states and also his speeches at the international forums, conferences and from the tribune of the General Assembly of the United Nations. The idea of the exhibition is completed by the fine jewellerry compositions presented to the head of the state and showing the advancement of politicy of the country. There are also carpets woven by hands of our skilled workers, works of artists, books by the honorable President, albums, magazines, which increase the importance of the exhibition. In a word, the exhibition  named «Neutral Turkmenistan – the country of progress» allows to see a historical merit of the status of a permanent neutrality of our powerful state in guaranteeing of a safe and happy life of the people, protection of law and order and peace in region and all over the world. As the President of Turkmenistan hero Arkadag pointed, let increase the authority and glory of independent permanently neutral Turkmenistan as a peacemaking centre!

Тhe exhibition was opened by the manager of the State museum of the State cultural centre of Turkmenistan, candidate of historical science Ovezmukhammet Mammetnurov with words of greeting.

Their interesting and emotional speeches were met with prolonged applause.

Then the guests get acquainted with the exhibition «Neutral Turkmenistan – the country of progress» and listened to the information of museum staff.

At the State museum of the State cultural centre of Turkmenistan is organized the exhibition named «Culture – intellectual wealth of the people».

Culture – intellectual wealth of the people

On the 15-th of June 2020 the State museum of the State cultural centre of Turkmenistan has organized a guest exhibition named «National heritage, beautiful nature» at «Altyn damja» health and fitness centre