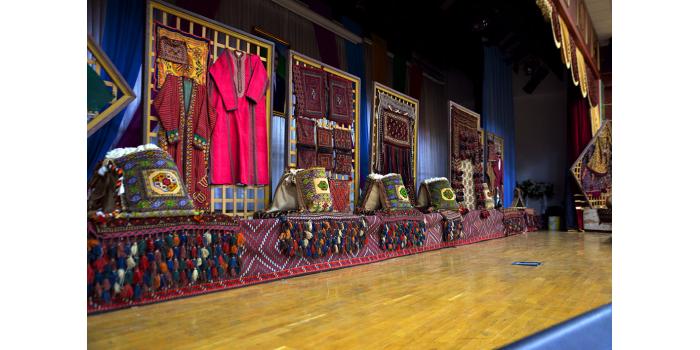 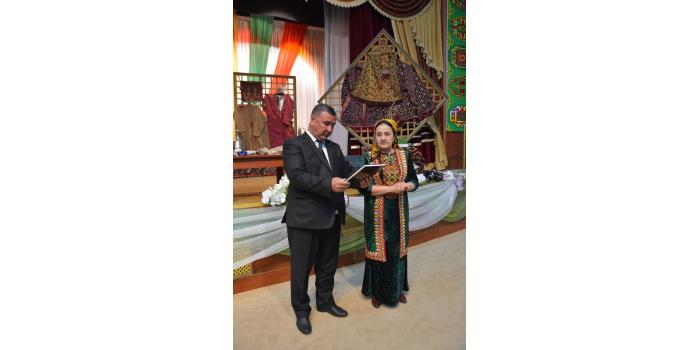 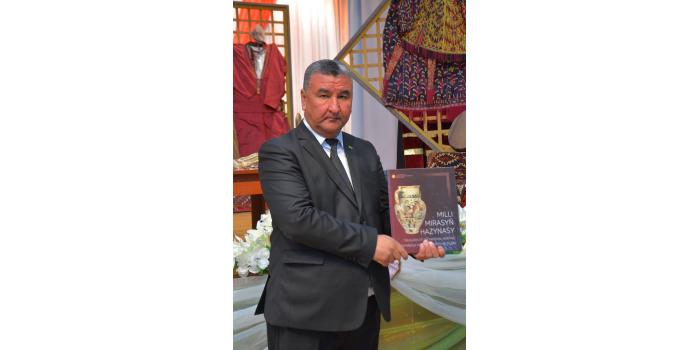 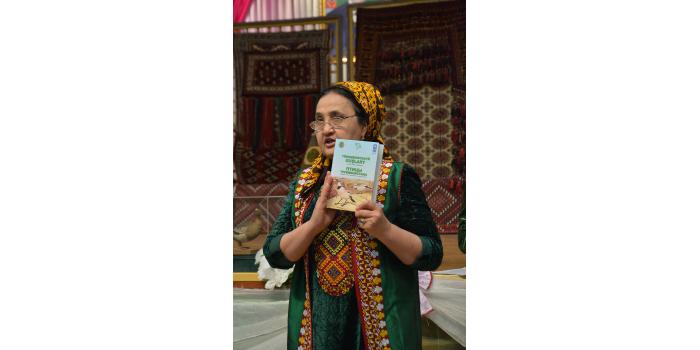 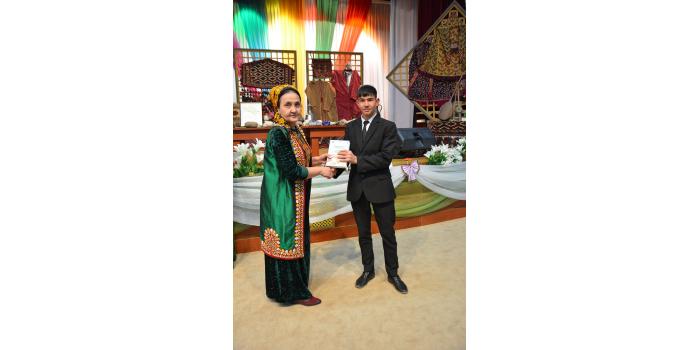 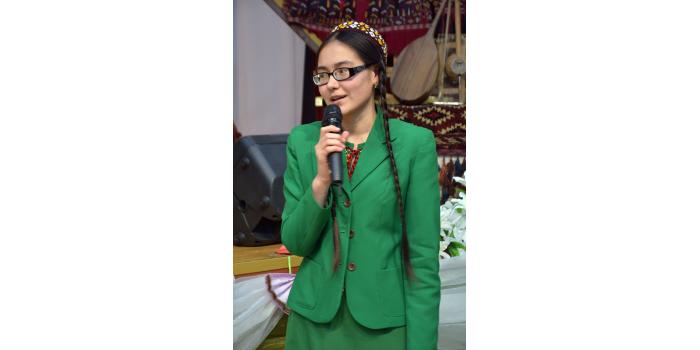 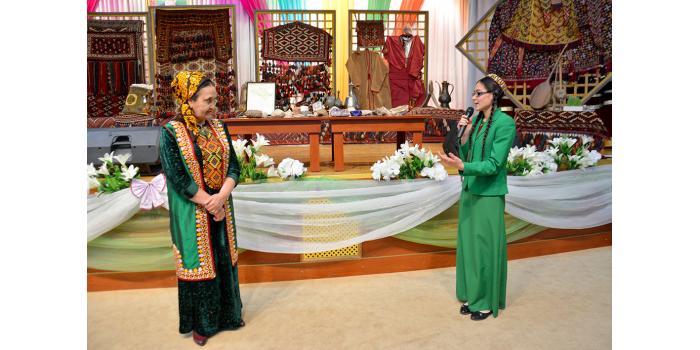 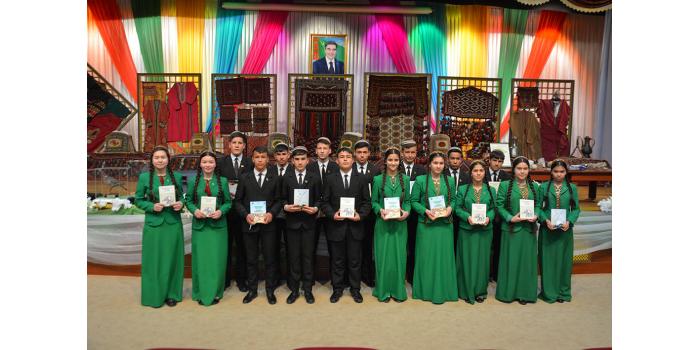 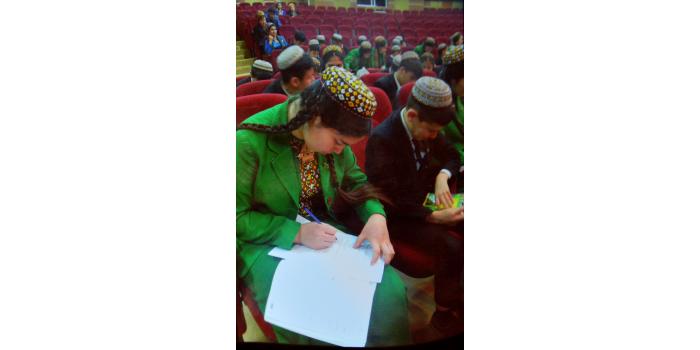 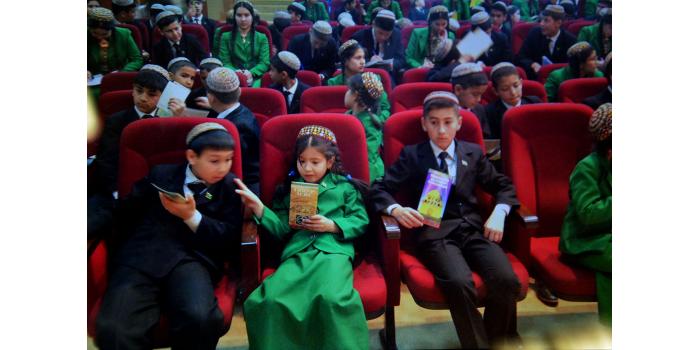 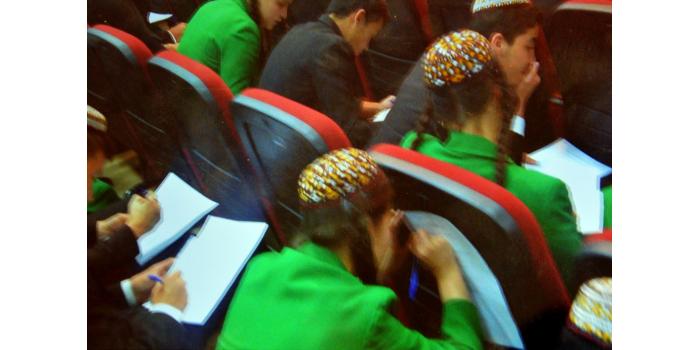 The State museum of the State cultural centre of Turkmenistan has carried out on the 19-th of March 2019 action in the President of the United Arab Emirates Sheikh Zaid ben Sultan Al Nakhayana Palace of orphans. The action carried out the threshold of a national Novruz holiday, included an exhibition and competitions among pupils of the upper school.

The exhibition consisted of three parts. In the first one have been presented ancient national garments, adornments, footwear, articles of everyday use, carpet products, and musical instruments as well. To this topic have been timed green acrospires of wheat – as a symbol of New Year – Novruz holiday.

In the second part of the exhibition have been presented exhibits from store-house of department of Nature and Local Lore of the State museum of Turkmenistan. These are various minerals extracted in the territory of our country. Guides have told about places of their extraction in the territory of Turkmenistan, about value of minerals in various branches of the national economy and their origin in various layers of the Earth crust. The children were especially interested in paleontologic collection of the museum. They acquainted with the petrified tree, which age is 270 million years, with cephalopods, which have lain in layers of the Earth crust 150 million years, and shells of bivalved molluscs of the Neogene period.

The third part of the exhibition was devoted the various kinds of birds, which occur in the territory of Turkmenistan.

In the course of the exhibition to all children were presented booklets of the State museum of the State cultural centre of Turkmenistan.

After the interesting excursion for the pupils of the upper school, there was carried out a competition in the form of tests. The book «Birds of Turkmenistan», issued under the edition of professor Eldar Rustamov and the book by the senior research fellow of the State museum of Turkmenistan, paleontologist Aman Nigarov «Ancient elephants of Turkmenistan», awarded the pupils, who has got the greatest number of points.